Android has probably become the most popular operating system for smartphones, tablets, watches, T.V and even cars. Android is an open-source operating system based on Linux kernel and currently developed by Google. Applications for Android are available at Google Play app store.

Utilizing b.VPN application for Android enables you to avoid Internet surveillance, approach web content blocked due to geographical limits and boarders while keeping your safety and confidentiality.

The minute that you utilize a common internet access, as in an airport, café or a hostel, you imperil your personal data and logins to risk. B.VPN keeps all your Internet access safe and secure to ensure that all the transmitted data, is safe from intruder eyes and encrypted.

In addition, b.VPN hides the IP address of your device, accordingly the place you currently are, granting you the absolute freedom to browse the Internet without being known.

In the event of being a voyager, you will avail from utilizing b.VPN in case of coming across an obstructed application or website. VoIP application and Social networks is blocked in various parts of the universe. B.VPN enables you to unlock any service or website no matter where you are. Furthermore, it will enable you to access Hulu, abc, Netflix and any different streaming service that works according to location.

b.VPN application for Android uses the most solid, credible VPN protocol which is OpenVPN and that makes you able to connect to the Internet over a global network of VPN servers.

b.VPN is the exclusive OpenVPN client for Android to offer OpenVPN over SSH tunnel quality without rooting your device and with only one click which is highly helpful particularly for those who live in areas that use SPI firewalls to ban utilizing VPN applications.

In the event of not being able to use the app properly on your device or in case you’re running an old version of Android that conflicts with OpenVPN protocol, you can configure connection manually on your device using L2TP/IPsec PSK by applying the steps in this link.

Pricing notice: b.VPN is free to download. However, you need to be a paid user to be able to use the service on Android devices.

There are only two ways to buy b.VPN subscription either via website or in-app purchases.

B.VPN is presented in 3 sets

You need to create an account first on b.vpn, select the best b.VPN package for your requirements and pay.

Right away subscriptions will be activated. The minute you activate your subscription, you can start using the service.

In case you have any unfamiliar issue, b.VPN support team utilizes TeamViewer. 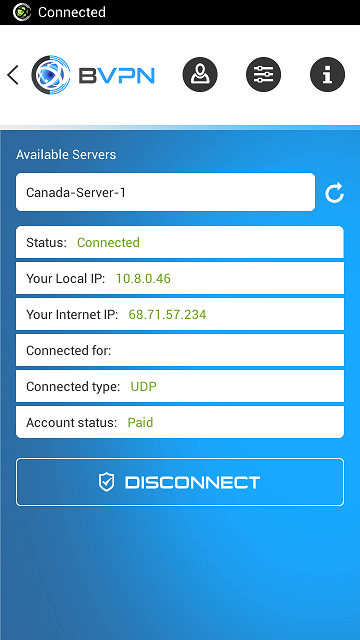